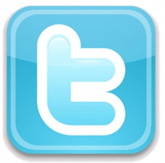 I received an email the other day from Twitter.  I don’t use Twitter very often.  Actually. I have an account, that’s pretty much it.  The few people who follow me only hear a tweet when I post a new blog entry.  I don’t follow anyone most of what I need to know about what’s going on in the lives of my associates, friends and acquaintances I can pick up on Facebook (which I only check occasionally).

It appears that Twitter is concerned about my indifference and would like me to be more involved. They reminded me that Twitter generates personalized “Who To Follow” lists.  Big Whoop.  Then they gave me three suggestions.  Bigger Whoop.

Suggestion #1 – a woman who works for a media company although there were no tweets about media, but rather about the fact that she was pregnant along with numerous tweets back and forth with an American Idol contestant.   American Idol is one of the few things I have less interest in than Twitter.  To top it off she hasn’t posted since last October.

Suggestion #2 – some guy who works for a newspaper down south.  Most of his tweets relate to news headlines from Louisiana.  Sigh.

Based on these suggestions, I can only assume that at some point in time Twitter will suggest that someone follow me for no apparent reason.  I wish them luck.

To be fair to Twitter, I haven’t shared much information with them so they are shooting in the dark.  But if your doctor did the same thing by giving you an injection and prescribes medication without asking questions he could be sued for malpractice.

After more than 35-years refining the craft of ad writing I know a bad ad when I see or hear one. The majority of my time is split between consulting a select group of small businesses and creating effective ad campaigns for others. I look at the world first as a consumer, then as a marketer. Rather than bringing pre-conceived notions and snap answers to my clients, I bring a lifetime of experience based on trial and error as well as 20 years of successful sales management experience to the table. I have been an adjunct professor at the University of Wisconsin, has taught at the Wizard of Ads® Academy and speak to groups of business owners on ways to improve their advertising any chance I get. I look for business owners who have a burning desire to grow and a passion to make it happen. Then I help bring out their best. When I’m not working with clients, I’m usually researching, writing, recording commercials and viewing the world in a tree house down the road from Lake Michigan. I travel light and have easy access to Milwaukee Mitchell and Chicago O’Hare. If you’d be interested in discussing your situation let’s talk.
View all posts by wizardwalter →
This entry was posted in Customer Service, Marketing, Technology and tagged american idol contestant, facebook, social-media, technology, tweeting, tweets, Twitter, Yoko Ono. Bookmark the permalink.